and on Spotify etc

You can buy the physical CD directly from us on Bandcamp 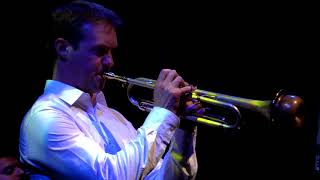 "An inspiring album. As pensive and melodically arresting as it is rhythmically energising, it offers heartening documentation of the continuing potential of both world-ranging and poetic sensibilities in jazz today... An album to place close to Shakti's Natural Elements - and I can't think of much higher praise than that"- Jazz Journal ****

"This début album impresses with its mix of excellent original compositions and skilful arrangements of traditional Welsh and Indian material. But it’s the quality of the playing that really makes the album stand out, everybody performs well to create a cohesive and distinctive group sound, but the individual contributions also sparkle and there are great solos from both the Welsh and Indian contingents throughout the album...When the full band plays the music is almost symphonic in scale and one can understand where the comparisons with Metheny come from, the sound is similarly cinematic and richly coloured and textured" - Thejazzmann ****

"The duet between Suhail Yusuf Khan's tender vocals and Tomos Williams' Miles-style trumpet that is 'Ffarwel i Gymru/Morey Nain is a delight, and there are individual moments of brilliance in the solos across the pieces" - Songlines ***